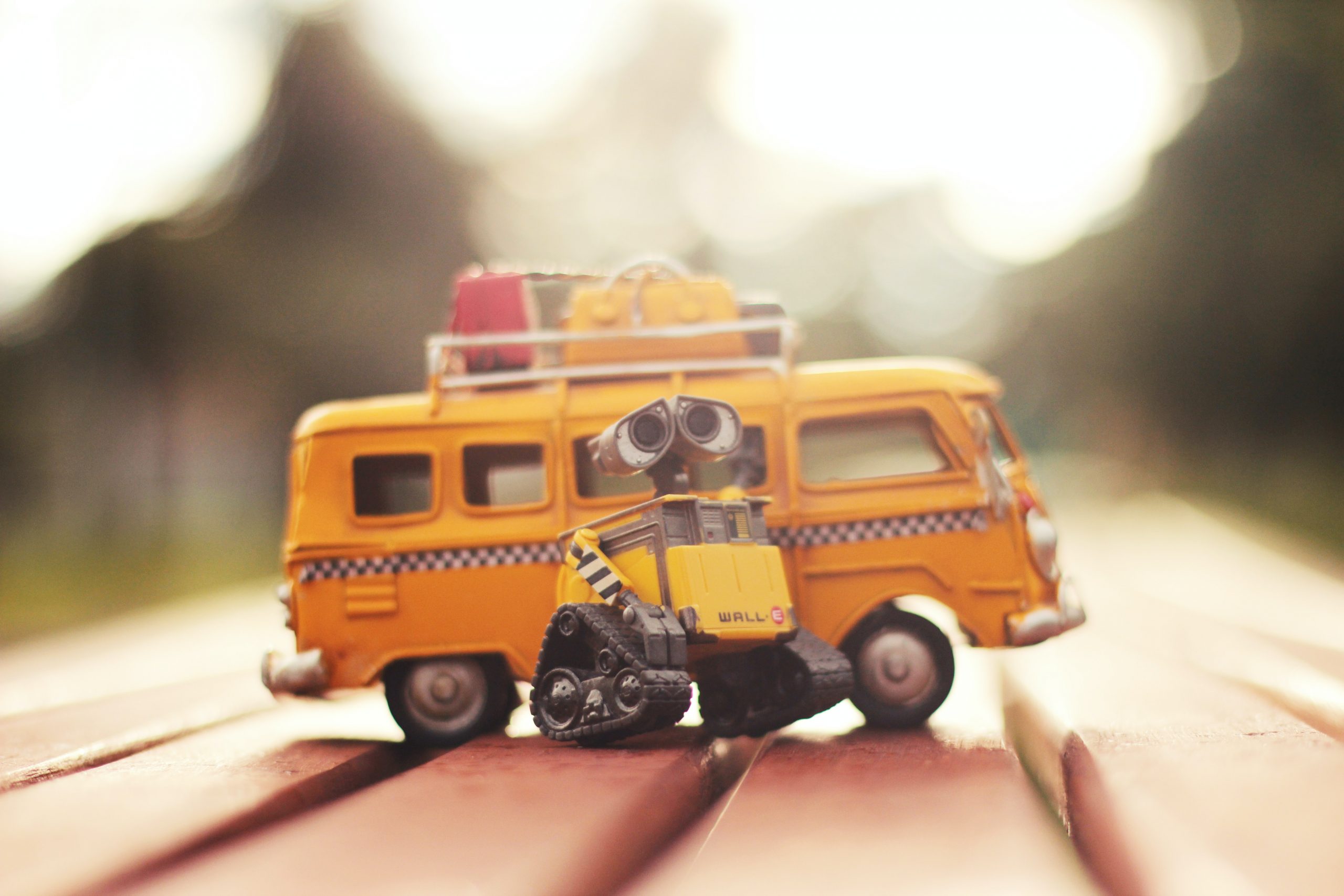 The three months passed quickly. One morning, at the start of the fourth month, Alhaji Sirika pulled up in his red jeep and stood arms akimbo and admired his just completed project. It glistened with new paint, and the air around carried the giddying smell of fresh wood and cement. Number 225 Katakata street was now easy on the eyes. The Alhaji was pleased with himself.

What he had done was to convert the single rooms into twin rooms and constructed an additional kitchen and toilet on both floors. He closed up alternate doors on the corridor and constructed new ones inside linking the rooms. So instead of single rooms, they now had the rooms in pairs and would only be rented out at such. There would be fewer families in the compound now. And the additional kitchen and toilets would improve comfort and hygiene.

But it was still a face-me-i-face-you.

He turned and nudged Papa Efe who stood quietly by his side nodding as the Alhaji lauded the work done in the compound.

“Papa Efe. You are only nodding. What do you say?”

“Alhaji the work e good. But is not self contain.”

“I know. That plan would have almost meant pulling down the entire building. Do you now the plumbing involved to give the rooms separate toilets and kitchens? Or don’t you know what self contain means?

“I know Ahaji. Just that you promise us.”

“Oga this is the best I can do. Don’t forget that the building was sinking so I had to repair the cracked foundation as well. Didn’t you notice those pilasters? You know what those alone cost? This is better than what we had before and I will still make my money. Anyone that wants a fancy house can go and build their own or wait for their government.”

“Okay sir. So make I put signboard “To Let?”

“Let those who want to come back return. I guess nature already took care of the bad people. I want them to come and see that Alhaji Sirika is a man of his words. If there are rooms remaining you can then invite new tenants. I have built them a mansion!”

Mr. Zubi did not like Enugu. He said so to his wife almost every night. He whispered it because he did not want his children to know that he felt the same way they felt. New Haven where they lived was annoyingly serene. Abakpa, Obiagu, and Emene that mimicked Lagos still felt rural to him. There was no place like Oshodi or Mile 2. He missed the ragged red-eyed conductors who almost vomited their lungs when they contorted their faces like professional funeral weepers and bellowed out “oshodi enter with your change oooo!” Now he read that Lagos was very hot. He wanted to experience the heat.

He tossed and turned in bed and then heard his phone beep. It was a ring tone he selected for the Katakatastreet WhatsApp group. It was Papa Efe posting.

“The house is ready. Alhaji said everybody can come back.”

Mr. Zubi sprang out of the bed with the phone in his hand. His wrapper fell from his waist and he was naked but he did not mind.

“What is it again this man?”

“Pack your things. We are going back home.”

Achike did not move that far away. He was still on Katakata Street and knew about the progress of work at number 225. His new place was quieter, with no more drama than you would expect from a face-me-I-face-you inhabited by normal people. So when he saw Papa Efe’s message the night before, he was not sure he was going to heed it until the following morning when he saw Chisco tapping his mother-in-law’s bottom and the woman looked at his brother and smiled. It was not the smile as much as the fact that she did not look surprised that worried Achike. He thought about it, his wife was approaching full term, she would need her mother for what was to come, a focused mother at that. Achike knew that if he allowed Ogbu Agu to nye ya nnukwu amu that the woman would forget her omugwo role and leave him alone to bath his baby every morning and night while she sang hallelujah under Chisco. So he summoned Chisco.

“Did you hear that they have finished the house at number 225?”

“I hear, but this place better.”

“But the bad people are dead at number 225 and the very poor dirty ones will not be able to afford the two rooms.”

“You see, as you have become a man now, it is necessary that you have your own place.”

“I’m saying, I will take my family, which is my wife and her mother and go back to number 225 and you will maintain this room.”

Just then, Eyonyam passed in front of them. Now that Evae was heavily pregnant, her mother had become the cynosure of all eyes in the compound and the neighborhood. While they always knew her to be attractive, even in her late thirties, she had become even more wholesome since the death of her husband, Agbonyibo. It was as if her body had been re-chiseled to embody everything Evae possessed before the pregnancy and more. For one, her breasts were now fuller, to better complement the legendary round buttocks that ran in the family, and when she smiled, you would think that she was a career air hostess. Chisco noticed that his elder brother stopped talking and his jaw was hanging as his mother-in-law swayed past them. He coughed and Achike started.

“Ehen…Ogbu. I was erm saying…”

“Brother you talk am before say we no go go back to number 225. You say we go live here and you go take the money wey you for pay for number 225 settle me.”

Chisco again noticed that Eyonyam had returned from the frontage and Achike could not take his eyes off her.”

“Ehen…We will go and leave you here so that you will not be distracted.”

“Yes. Live here alone and start life like I started.”

“How many times I call you?”

“What sort of nonsense is that?”

Irikefe hated Delta. He could not stop checking his phone for the good news from his father. Papa Efe had told him he had high hopes that the house would be completed soon and he would send for him. Irikefe had been working as a vigilante protecting oil pipelines in Ugheli South. While they were in the bush risking their lives, the repentant militants who got the contracts rode in Rolls Royce and threw parties every weekend and collected chieftaincy titles all over town. He hated all the fawning around these men he saw from the boys there. He missed the egalitarian nature of Lagos boys, who did not care if you rode a jet or a Lamborghini. You were not more important than the Keke driver! And they did not hesitate to make you see that. But there, they worshipped you and kept saying “God when” in the hope that one day they too would become important militants. Castro was the first person he buzzed on WhatsApp once Papa Efe’s message came through:

“My papa jump up for night when Papa Efe message enter. Guy, this Enugu no be am.” Castro said.

“Me I dey enter road tomorrow.”

“Wait till Sunday na, make we reach the same time.”

“Abeg you know whether mama Kike go come back?”

“Wetin concern me with that one Castro?”

“I wan go complete the work wey I start for him pikin body.”

“So you mean say since you go Enugu nothing nothing?”

“Chai Castro. In short I dey go moto park now. Before your papa and mama make up their mind carry you come Lagos I don share my own vitamin D finish.”

“Aswear once I return this time, my papa no go control me again. Meanwhile, stay away from my geh.”

“Nobody get any geh for Katakata street. Ewu Gambia.”

Josephine gazed down at the doctor on one knee and the ring in front of her. From the corner of her eyes, she could see bodies swarming around them and mobile phone lenses following her every movement. Then the inevitable “Say yes!” Say yes na!” “Aunty take the ring!”.

The mall was closing in on her. “Poor fool”, she thought of the good doctor who had been her only lover in the past three months. The reaction of the crowd was what he was banking on. “Aunty you dey think am? See this fine man! Why you dey waste time?”

When what was about to happen was becoming obvious, a girl in the crowd rushed forward and screamed “Give it to meeeeee! Oh Lord, why does this never happen to me! I am twenty-five and a graduate with AA genotype and I’m HIV negative and I will prove it!”

As she walked away she could hear the bedlam behind her. Good people always believed that good was always right. That was why they suffered heartbreak.

She had ignored papa Efe’s message from the previous night.  Now it warranted a reply.

Dr Amobi trended on social media for the next twenty-four hours after it emerged that he had given the ring to the strange girl who had offered him her bosom to cry on and they had kissed and walked out of the mall hand in hand. Perhaps a fairytale was what he deserved.

“I am in the WhatsApp group. I saw it already.”

“We already discussed it. This is now your place. Start afresh from here.” He said.

Ndifreke dialed Maya’s number. It rang a few times and then she answered.

“You are ashamed of me.”

“The baby is yours.”

“Jonjo is an ass-hole Ndi.”

“You are mocking me.”

“Please take me back Ndi.”

“Why did you call me then?”

“Will you ever forgive me?”

Mr. Cosmas received the news with glee. Indeed he was going to go back. 225 Katakata street was home, and clearly he had not completed his mission there. He brought out his phone and texted Papa Efe.

“I am coming back sir. And from I gather, most of the others are coming back as well. Please as they come, let them know that we must have a meeting ASAP. I suggest on Sunday. We need to catch up and set course for a new chapter in our lives. Crucially too, we have to talk about this coronavirus problem that has entered Lagos.”

“See you on Sunday.” 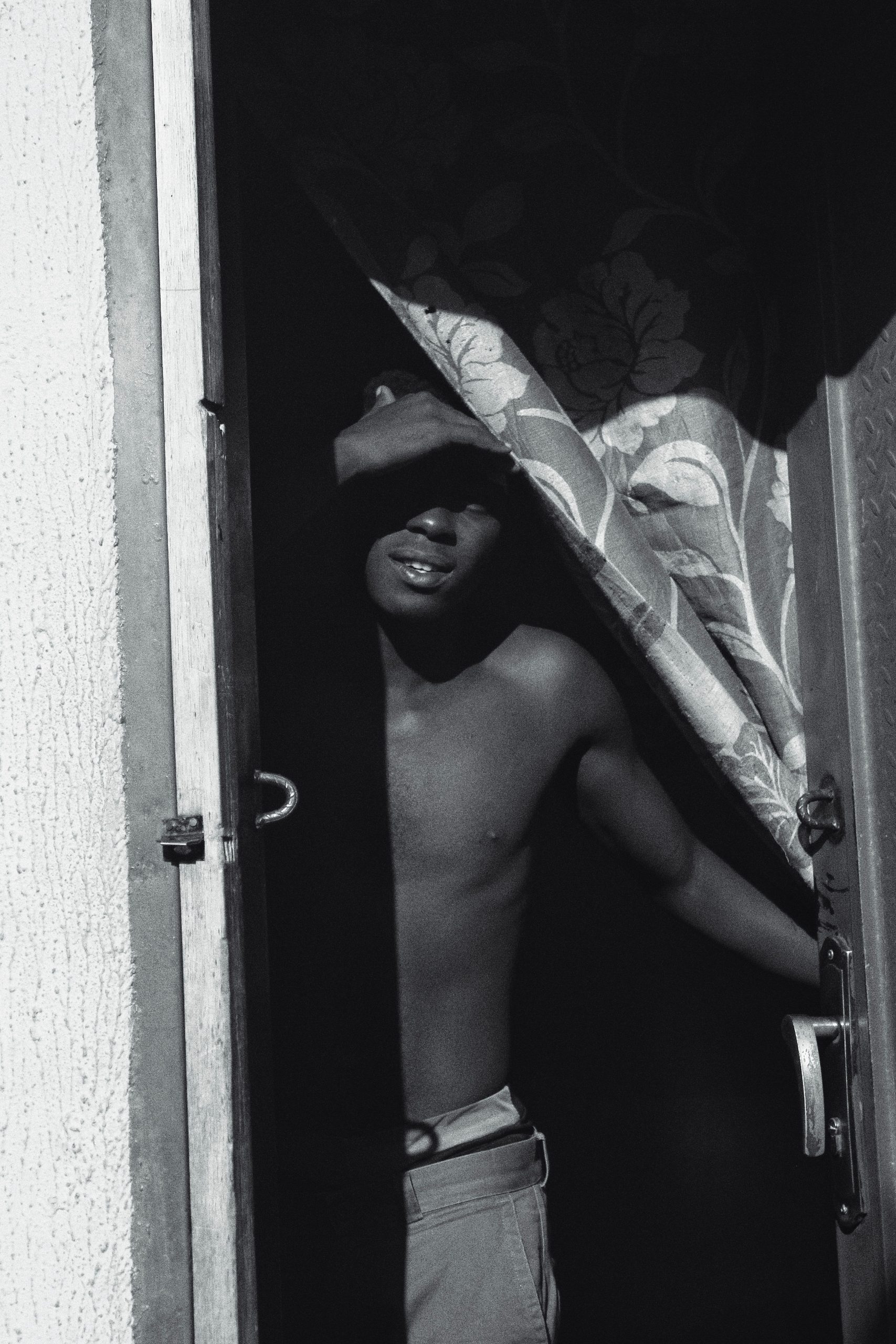 ASUU got a rude shock when the Federal Government only paid eight days of their expected eight months’ salary upon the resumption. A breakaway faction called Congress of[…] 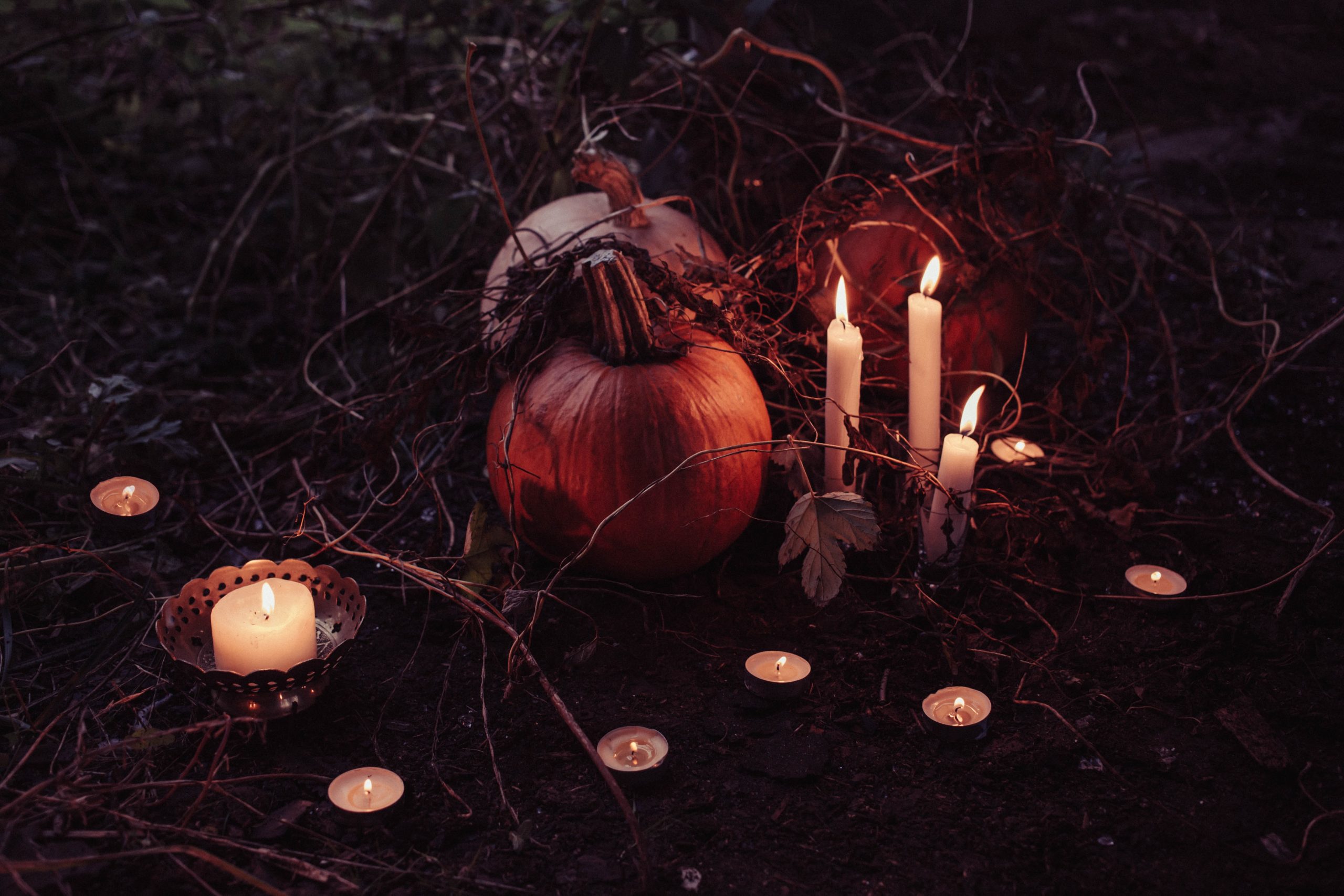 The chaos raged on. Governor Wike and his comic band went all over the place endorsing rivals for political office and making crazy donations to people who did[…] 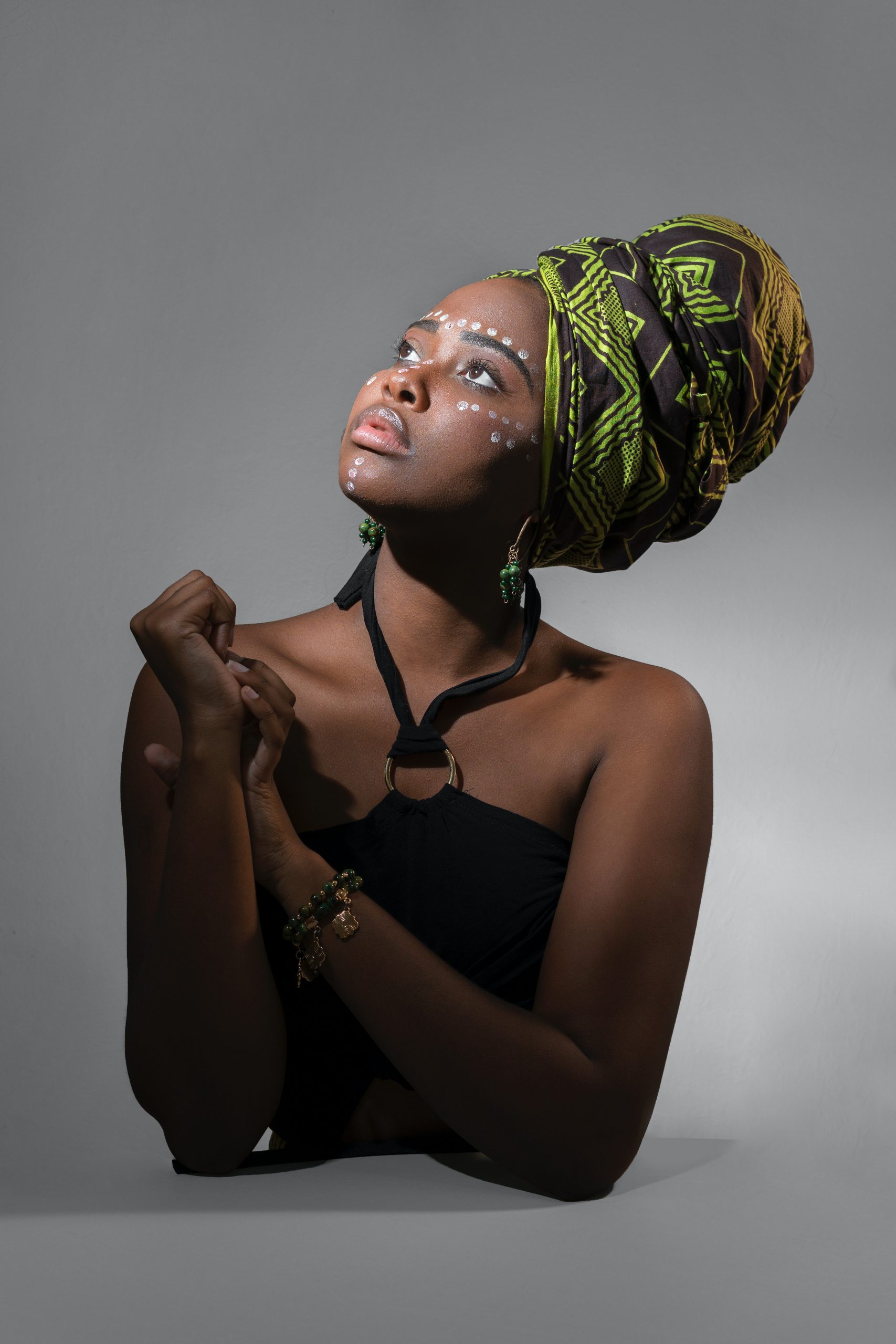 ONE FOR THE ROAD

So the world motored on in a maelstrom of constant happenings. Russia sent forces to the Kharkiv region in Eastern Ukraine amid Kyiv’s continued fight back despite the[…] 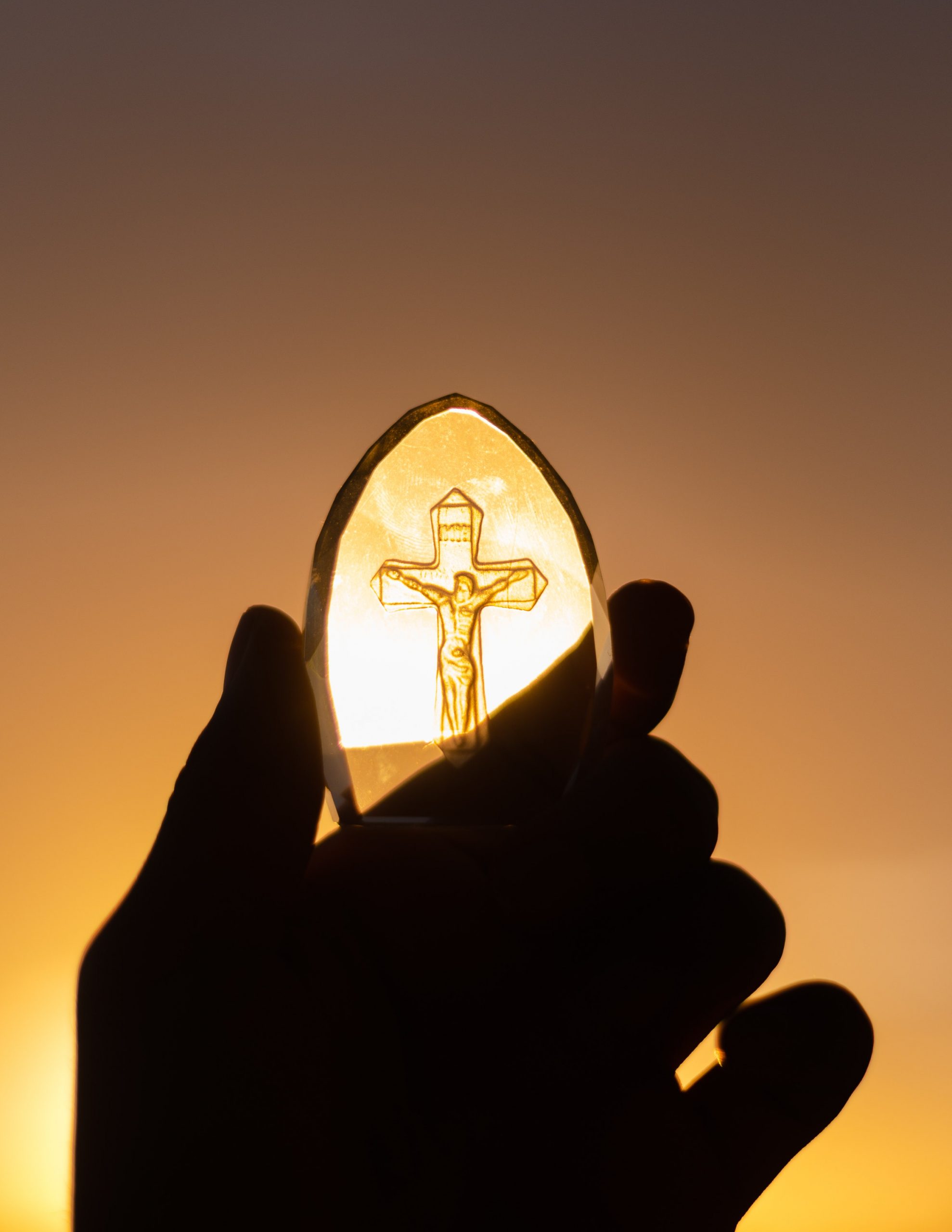 The council of elders sat. Ndifreke was the last to arrive. They all fell silent as soon as he did. Before he walked in Irikefe was saying, “I[…]